Four years ago, uilleann piper Joey Abarta performed for our first-ever house concert and we are so excited to welcome him back along with fiddler Nathan Gourley. They’ll be here to celebrate their debut duo album, Copley Street, with its unique settings of well-known tunes and beautiful but obscure pieces and an undeniable chemistry and understanding of each other’s playing. They’ll be joined by Owen Marshall on Greek bouzouki, who is also featured on the album.

Joey Abarta has spent the last sixteen years touring North America, Europe, and Asia, teaching and performing music on the uilleann pipes. His musical skills have been further honed by several visits to Ireland, a year-long stint working in Japan, and continuing relationships with master pipers. In 2009, Joey won an All-Ireland championship, placing second worldwide at the Fleadh Cheoil na hEireann. In 2014, he became the first American uilleann piper to win first prize at the An tOireachtas, one of the biggest competitions for traditional music in the world. Originally from Los Angeles and now based in Boston, Joey divides his attention between performing, teaching, and recording. He also performs with Nathan Gourley and has toured with Mick Moloney and the group The Green Fields of America. joeyabarta.com

A former member of Chulrua, the Doon Ceili Band, the Two Tap Trio, and the Máirtín de Cógáin Project, fiddler and guitarist Nathan Gourley started playing music at age five. While living in Minnesota he collaborated with such renowned players as Paddy O’Brien of Chulrua, Daithi Sproule of Altan, Brian Miller of Bua, and Norah Rendell of The Outside Track. Since moving to Boston in 2013, he released a critically acclaimed album, Life is all Checkered with Laura Feddersen, and has toured with John Blake and Mairead Hurley as The Truckley Howl. He was a finalist in the Sean O Riada fiddle competition in 2014 and winner of Boston’s Fiddler of Dooney competition in 2013. Nathan can be seen playing at concerts, ceilis, sessions and festivals in Boston and throughout the United States and Ireland. 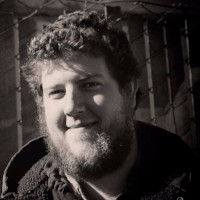 Owen Marshall has performed and recorded with many of traditional music’s top performers including Aoife Clancy, Liz Carroll, Darol Anger, John Doyle, Andrea Beaton, Jerry Holland, Ari & Mia Friedman, his own traditional Irish group The Press Gang, and the acoustic trio Haas, Walsh and Marshall. His music has appeared on NPR’s Thistle and Shamrock, BBC television, and the back of his left elbow has appeared on MTV. In addition to being a respected performer, Owen is in demand as a teacher at music camps throughout New England and the U.S. Owen will be back for a second SLO House Concert appearance on January 16, 2018, with The Press Gang. owenmarshallmusic.com

SLO House Concerts are by invitation and reservation only. Please click here  to request an invitation and indicate how many seats you would like to reserve. We will then send you an email with directions and other helpful information.

Suggested donation: $20. ALL of the money goes directly to the performers.