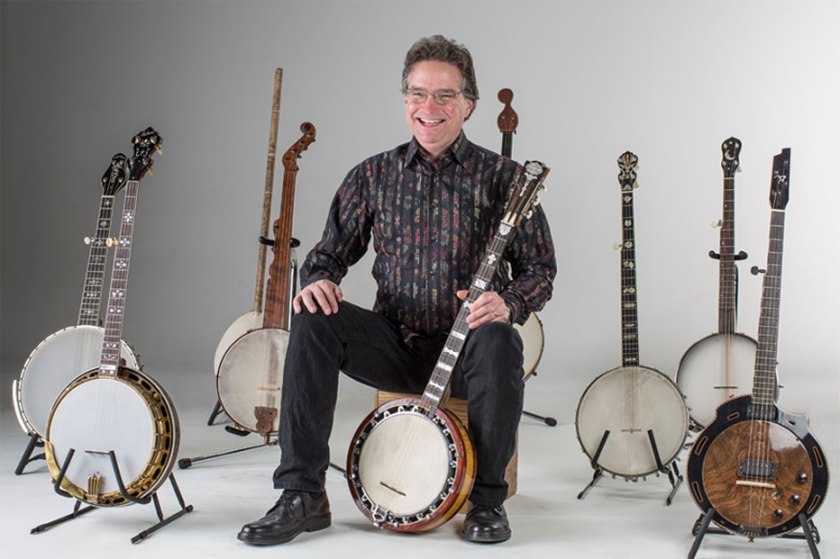 Bill Evans is an internationally known five-string banjo life force. As a performer, teacher, writer, scholar, and composer, he brings a deep knowledge, intense virtuosity, and contagious passion to all things banjo, with thousands of music fans and banjo students from all over the world in a career that spans over thirty-five years.

With The Banjo in America, Bill performs the music from his chart topping CDs and also much more: he takes the listener on a musical adventure, following the banjo from its West African roots to the New World, performing musical examples from the 1700’s to the present day on vintage instruments. From an 18th century African dance tune to the music of the Civil War, and from early 20th century ragtime to folk and bluegrass banjo styles to Bill’s own incredible original music, The Banjo in America illuminates as well as entertains, exposing audiences to over 250 years of musical traditions.

Bill is the author of Banjo for Dummies and Bluegrass Banjo for Dummies, two of the most popular banjo books in the world. He has appeared on A Prairie Home Companion with Garrison Keillor and has performed with the San Francisco Symphony. Bill’s CD In Good Company features over 26 musicians, including the Infamous Stringdusters, Tim O’Brien, and Joy Kills Sorrow performing Bill’s innovative compositions that blend jazz, classical, folk and world music influences.

SLO House Concerts are by invitation and reservation only. Please click here to contact us to request an invitation and indicate how many seats you would like to reserve. We will then send you an email with directions and other helpful information.