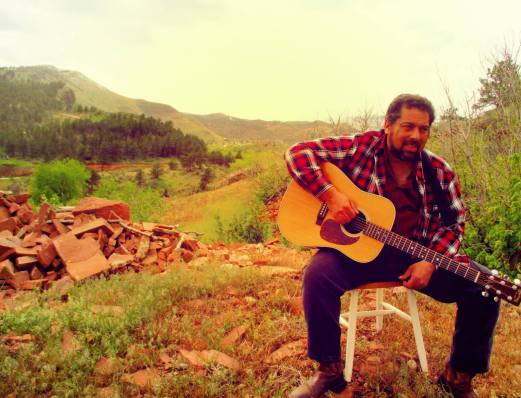 You’ll hear it in his voice immediately … the original strain of Appalachian mountain music that lies at the heart of all great modern bluegrass and country. Greg Blake grew up in the mountains of southwest West Virginia, and when he sings, you can hear a voice that connects to the great old generations of mountain singers, invested with a rich twang and rumbling drawl. The kind of eerily powerful high tenor cry that first inspired the “high, lonesome sound.”

Growing up in West Virginia, Greg Blake was immersed in the sounds of old country, mountain bluegrass, and gospel harmonies from a young age. Moving to Kansas City, he started playing in more and more bands, eventually recording on 12 albums for bands like the Bluegrass Missourians, Mountain Holler, The Harvest Quartet and more. He’s twice been nominated for the SPBGMA’s Traditional Male Vocalist of the Year and five times won the SPBGMA’s Guitarist of the Year, not to mention the Kansas State Flatpicking championship. After moving to Conifer, Colorado, Greg joined all-star progressive bluegrass band Jeff Scroggins and Colorado as the lead vocalist. With both Jeff and his son Tristan breaking new ground instrumentally on the banjo and mandolin, Greg stepped up to the plate as a guitarist, and crafted the band’s sound around his signature high tenor vocals. 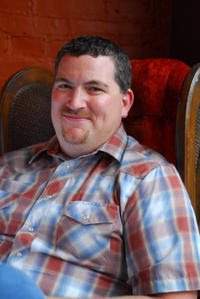 Greg is joined by multi-instrumentalist Isaac Callender who began his musical career as a contest fiddler winning titles all over North America. As a teen he studied and traveled with Western Swing Hall of famers Dick and Lisa Barrett and played bluegrass and country music with various local bands. Isaac joined the US Army National guard at eighteen and served for eight years during which time he performed with the 133rd Army band, formed the Lewis and Clark Period Music Ensemble, and served on a USO tour with Nashville Songwriter Jerome McComb.

After leaving the military, he joined renowned Canadian fiddle and step dancer April Verch on the guitar and mandolin. With April, Isaac toured the world, performed with some of folk music’s greatest talents, and began to develop his own songwriting and singing skills. Since leaving the AVB, Isaac has performed with many bluegrass, country, folk, Irish, and old-time groups on multiple instruments. He has produced three albums, multiple tune books for both guitar and fiddle, and continues to write, teach, and perform with some of the greatest musicians in the world. Isaac is the bass player for Jeff Scroggins and Colorado. 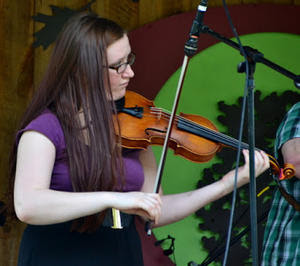 The trio is rounded out by Portland, Oregon native Ellie Hakansan whose background is a unique blend of classical training with years of traditional bluegrass fiddling. Her family band was a festival favorite throughout the Pacific Northwest for many years. Ellie is currently the fiddler and vocalist for Jeff Scroggins and Colorado and she also performs with various other groups as time allows. She recently won the 2016 Rockygrass Fiddle contest and has received many other accolades for her playing and singing.

Together the three make up the Greg Blake Trio. Their music ranges from traditional bluegrass favorites to vintage country and old-time music along with a sampling of original material. Three-part harmonies, spectacular instrumental abilities, and great songs make their shows a must see for any lover of quality acoustic music.

SLO House Concerts are by invitation and reservation only. Please click here to contact us to request an invitation and indicate how many seats you would like to reserve. We will then send you an email with directions and other helpful information.